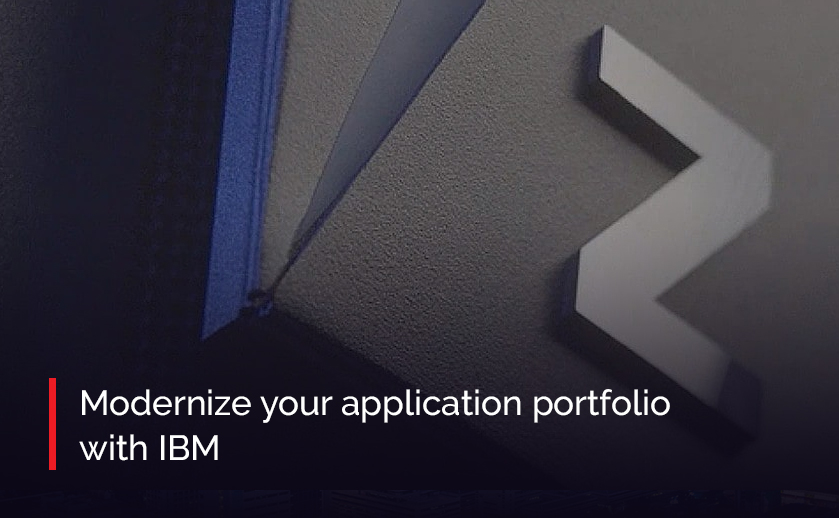 Top MNCs are modifying their IT strategies to satisfy an increasingly always-running world, and for many enterprises, it refers to boosting digital transformation practices. Modernizing and managing critical operations and processes remains the main priorities for IT leaders who wish to identify new tactics to gain opportunity and advantage in a dynamic environment.

In such a situation, the important query to be answered is how to identify the best time to modernize an application? Where to initiate the strategy and what are the best methods to build a business case for the modernization investment? The blog tries to throw some light on the steps to be taken and also describes, in short, the different IBM servers that can be leveraged.

Use the benefits and strengths of IBM LinuxONE and IBM Z

The IBM servers- IBM LinuxONE and IBM Z are known for offering reliability, security, scalability, and performance. The IT infrastructure not only offers excellent compute performance for mission-critical and data-intensive applications, but it also offers an exceptional platform for modern container-based applications of all types (for eg: cloud and DevOps, modern programming languages, web and middleware, and databases, runtimes, monitoring, and analytics). Take into consideration the following advantages.

Handle sudden spikes and support higher cloud workloads per server with three methods to virtualization: IBM z/VM, IBM Logical Partitions, and KVM. The modern features of these hypervisors contribute to the platform of the generally high utilization achieved by IBM LinuxONE and IBM Z.

Allow 2.3 times higher containers per core on an IBM z15 LPAR as opposed to a bare metal2 x86 platform deploying an identical web server load, and regroup cloud-native applications with Linux and z/OS virtual-machine-based applications and enterprise data to manipulate low-latency API connection to business-critical data. The above translates into users deploying fewer IBM LinuxONE and IBM Z core to run the equivalent number of apps at equivalent throughput scales than on rival platforms.

IBM LinuxONE and IBM Z store the mission-critical data of your organization. Deploying Red Hat OpenShift in logical partitions next to the z/OS partitions offers low-latency secure interaction to the organization to the organization data through IBM z/OS Cloud Broker. It offers higher performance due to reduced network hops. It also provides for high-security communication between the new cloud-native apps and enterprise data store as the network traffic doesn’t leave the physicals server.

Leverage the most trustworthy prominent server platform- it is the only hypervisor among its major rivals to be certified at the top level of EAL5+.

These features help the organization to boost their digital transformation journeys effectively and securely. App modernization unequivocally opens the gates to untouched benefits and opportunities for businesses, ripe for taking.