Why is POWER10 a Next-Generation platform than its predecessors? 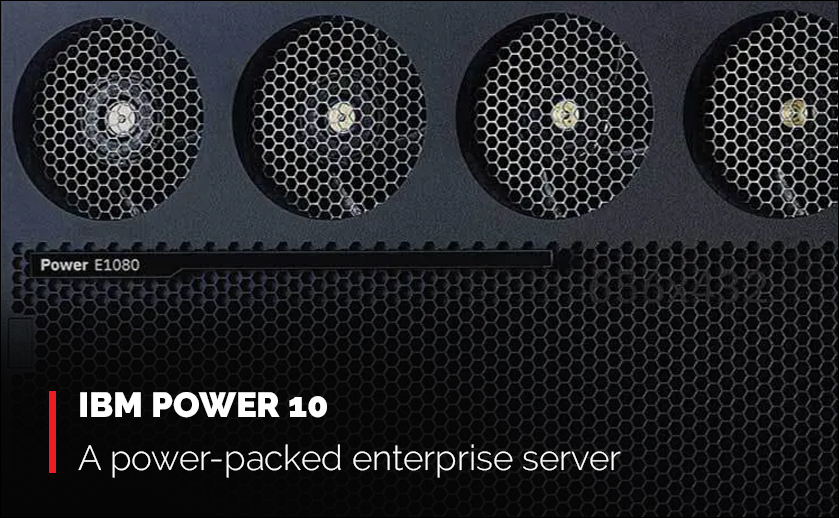 IBM POWER10, the first server in the next generation of Power servers is the most scalable, most performant, most secure building block for Cloud while using ~ 3x less energy. IBM POWER10 is designed to meet the specific requirements of the enterprise hybrid cloud computing ecosystem with three times improved capacity and efficiency than its predecessors. All in all, POWER10 is a revolutionary evolution in IBM’s roadmap for Power.

This processor is specially designed to meet the key focus areas: respond faster to new business demands, protect information from the core to the cloud, streamline insights with built-in AI, and reliability and continuous operations.

How is IBM POWER10 a generation ahead of its predecessors?

Let’s see how IBM POWER10 is better than its predecessor:

1. More Energy-efficient – Built on Samsung 7nm process technology, the IBM POWER10 is up to three times more energy-efficient than its predecessor while providing higher workload capacity and container density. With a 16-core processor and SMT8 (Simultaneous Multi-Threading), IBM POWER10 has taken multitasking to a whole new level. This can help multiple datacenter attributes encourage higher efficiency at a lower cost while enabling hybrid cloud users to achieve greater performance in a nearly identical energy footprint with up to fifty percent more capacity than the Power 9.

2. Greater Scalability: In addition to saving power, Power10 offers a feature called Memory Inception to handle more complex cloud workloads. With this memory available in Cloud Memory Inception, IBM POWER10 enables users to access memory on different physical servers that are in the pool of servers and allow it to be used as their own. This feature gives users access to entire clusters of memory called multi-petabyte clusters. With petabyte system memory support and memory pooling aggregation, IBM POWER10 provides cost reduction for businesses that have extensive memory workloads on the cloud.

3. AI improvements to its cores: On the AI side of the equation, IBM has built many capabilities directly into the core of the Power10 processor, allowing for more AI workloads to be infused into typical enterprise workloads on the hybrid cloud. With the embedded Matrix Math Accelerator, IBM POWER10 can deliver both low precision and high precision math capability with 10xto 20x faster AI inference required for enterprise AI inference workloads than IBM POWER9.

4. Proven Security: In terms of security, Power10 stands out even more. With transparent memory encryption, IBM has added further security capabilities to avoid performance degradation. This new memory encryption can provide end-to-end security with no decrease in speed. IBM Power10 also supports cryptographic standards such as quantum-safe cryptography and completely homomorphic encryption for cloud containers security. The Power10 has 4x more crypto accelerators per core than the Power9, providing two and a half times faster AES crypto performance.

5. Maximize Reliability and Availability: With a new memory architecture called Open Memory Interface (OPMI), Power10 is leading the industry in infrastructure. Compared to industry-standard DIMMs used in x86 systems, OPMIs are the DIMMs of choice, providing up to two times better memory reliability and availability.

Power10 is a unique system engineered for agility, giving enterprises the ability to confidently run multiple traditional and modern applications, navigate an increasingly hostile environment, and modernize infrastructures and applications with a “frictionless” hybrid cloud experience.